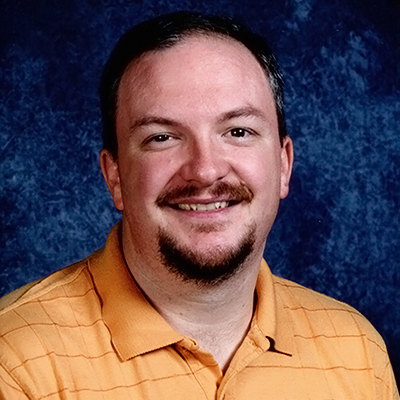 Dale Hargis has been an instructional designer with Mizzou Academy since 2016. He began his career as a classroom teacher for 8 years in middle school language arts. After another year teaching high school English, science, and health in the remote village of Nulato, Alaska, he moved into corporate training and eLearning at Shelter Insurance. He then went into higher education as an instructional designer at Columbia College where he was able to develop his video production skills. At Mizzou Academy, he has written and developed many of the English/Language Arts courses while also creating a number of videos and interactives for different courses. In his spare time, he likes to write and record hard rock music.