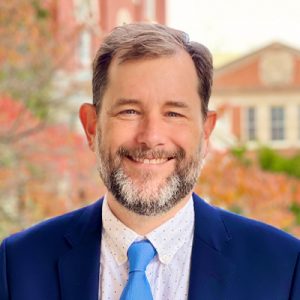 Dr. Riley Tillman has been with the University of Missouri since 2011 and served as the Department Chair of Educational, School and Counseling Psychology for five years. His most recent position was Associate Provost for Faculty Affairs and Institutional Effectiveness.

Riley-Tillman’s academic career has focused on developing tools and methods for improving schools’ success with children who are struggling academically and/or behaviorally. He is one of the co-developers of Direct Behavior Ratings, which allow teachers, the student, parents and others to assess the student’s behavior and guide intervention decisions. He has participated in leadership roles on nine federal grants and was a senior advisor for the National Center on Intensive Intervention.