For Jolene Marra Schulz, Townsend Hall is where she realized her lifelong dream.

“I knew I was going to become a teacher when I was a young child, and I knew that I wanted to be at the University of Missouri,” said Schulz, during a ceremony that announced the Jolene Marra Schulz Partners Advancing Education Endowment and the formal naming of the Townsend Hall Jolene Marra Schulz Lobby. “I spent many hours in this building, but it was the lab school at that time. And I spent many hours in Hill Hall.” 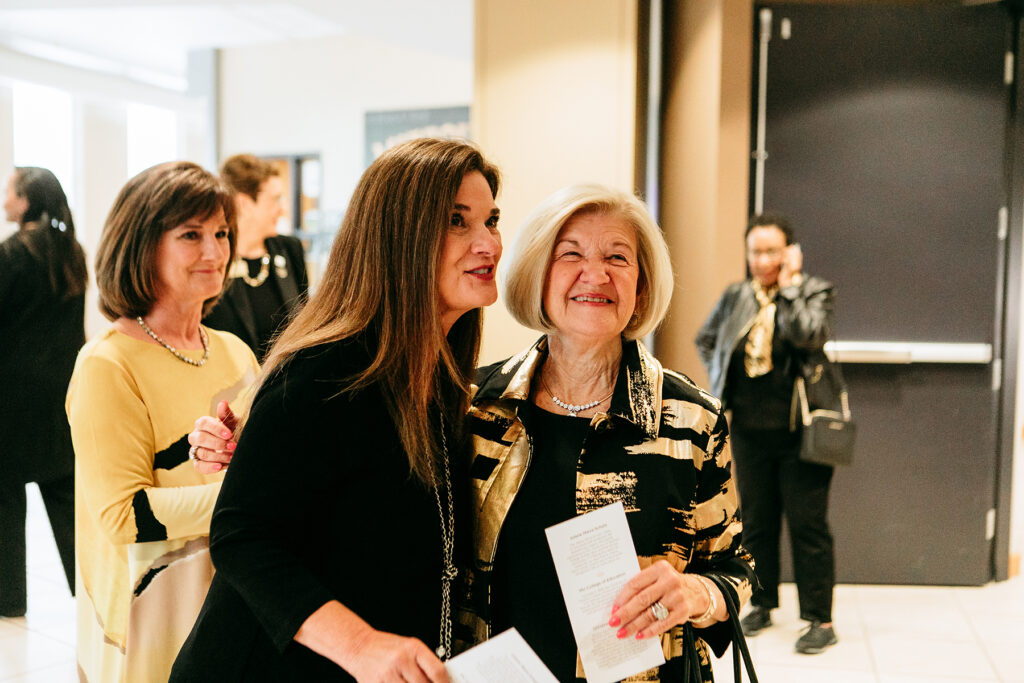 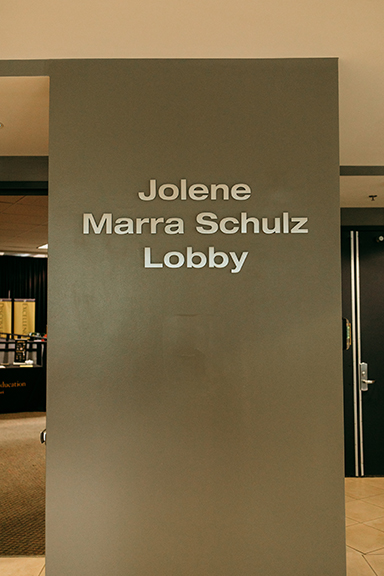 Schulz earned her bachelor’s degree in 1963, and began her teaching career in Shawnee Mission, Kansas, before returning to earn her master’s degree in education in 1973. As a graduate student, she was a first grade supervisor, and she coordinated 13 student teachers each semester.

“Mizzou provided me with the opportunity to learn from some of the most well-known people in the field of education,” Jolene said, referencing Lois Knowles in mathematics, her advisor Virginia Morgan, an early childhood education specialist, Betty Burchett and John Benjamin Leake in science education, Carl Fehrle in gifted education, and A. Sterl Artley, author of the popular “Dick, Jane and Sally” books.

“Because of the many opportunities the University provided me, I decided a long time ago that I wanted to give back to the College of Education, which was definitely the foundation for my career,” said Schulz. 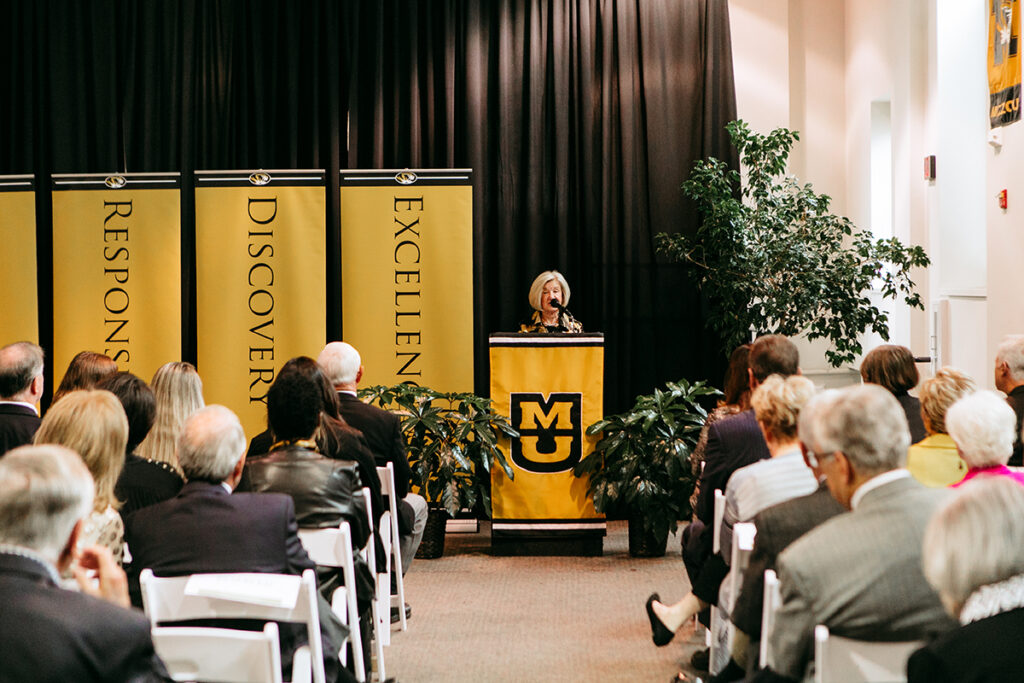 That career spanned 34 years in the Columbia Public Schools, where she started as a kindergarten teacher, moved to contracts and grants administration, and eventually became Director of School Community Programs and Communications.  It was there that she began the Partners in Education Program, a collaboration of the business and school community that carries on today.

“It was so exciting for me to see the teachers and the children become aware of our business community, but it was even more exciting to watch the business community learn all about the world of education. It truly was an incredible program,” Schulz said. 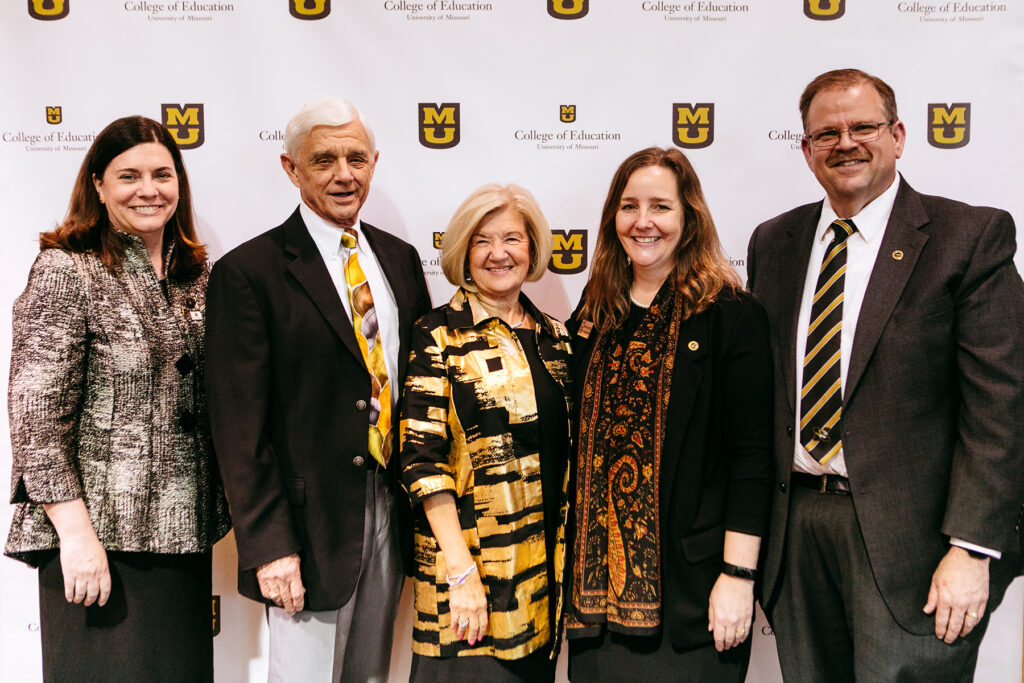 Chancellor Alexander Cartwright spoke at the ceremony and noted the many roles Jolene has contributed on campus, including her roles on the board the Jefferson Club and the College of Education’s Strategic Advancement Committee.

“Jolene and Bill [her husband] are true Tigers, volunteers, advocates and philanthropists, and we are grateful for their incredible grace and generosity. I am thrilled to honor their incredible legacy,” said Chancellor Cartwright. “This important fund will support programming initiatives that are critical for student success, such as a professional development series, just-in-time learning and experiential learning opportunities.” 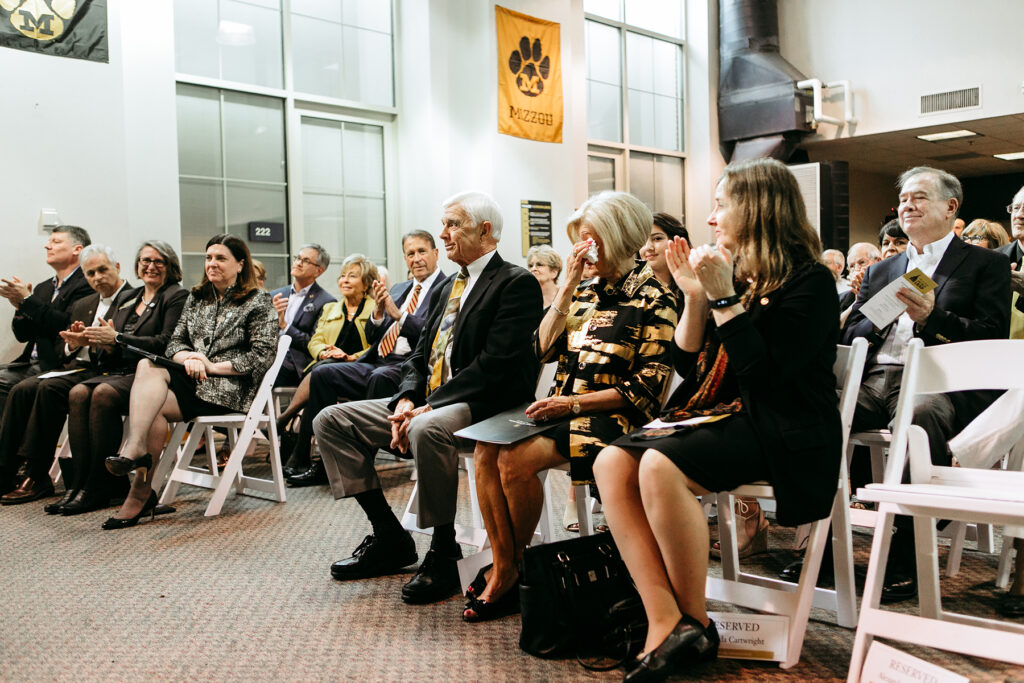 “Jolene’s passion for student success has been evident in every conversation,” said Kathryn Chval, Joanne H. Hook Dean’s Chair in Educational Renewal, during the ceremony. “Her investments in sharing her time, wisdom and resources have made a remarkable impact, and this latest gift will expand opportunities for our students to flourish.”

“Her name on that wall is my silent reminder to be as studious, and to walk as gracefully, as she did, when she walked these halls,” said Taylor. 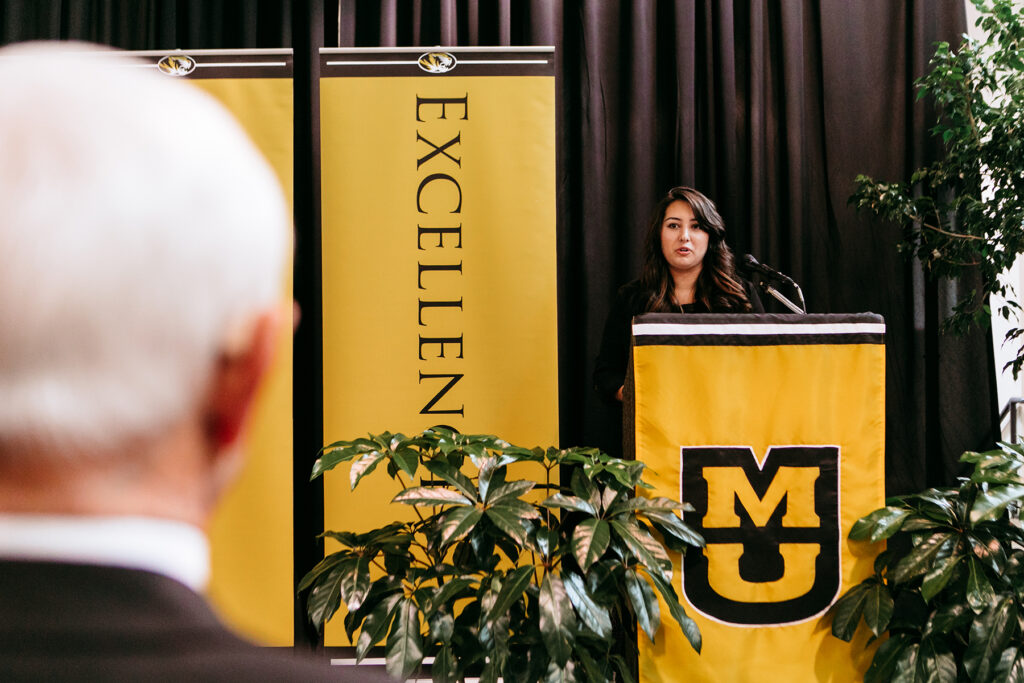 “It’s a very humbling experience to be here today,” said Jolene, at the end of her remarks. She thanked her family and friends, and her parents, who had insisted she go to college because it was not an opportunity they could have. 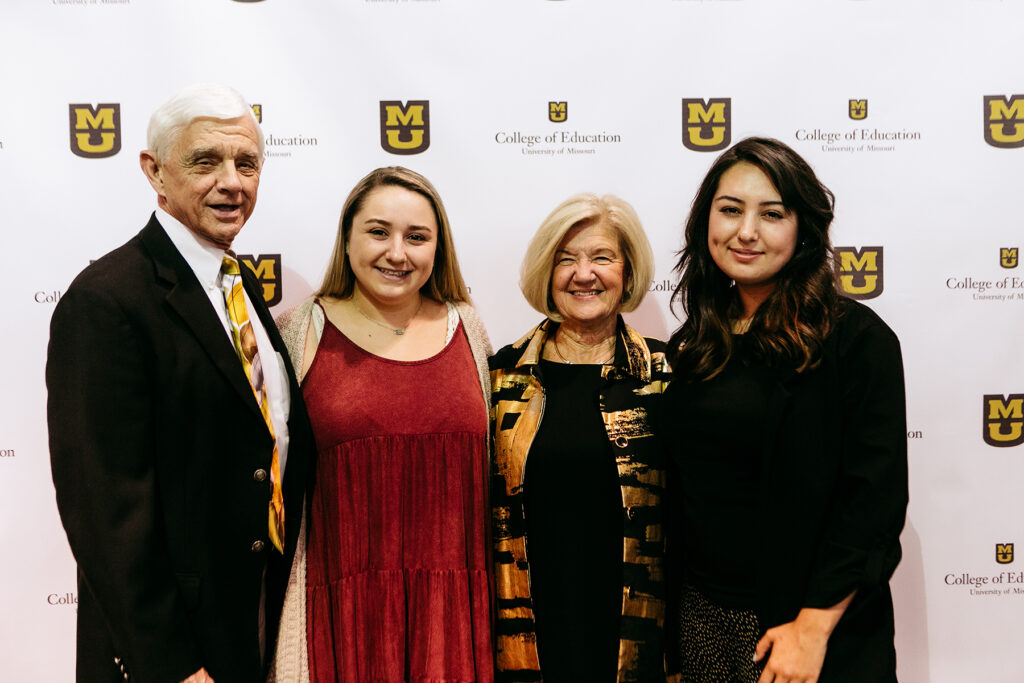 Finally, Jolene thanked her husband, Bill, who has been at her side for 49 years. “We’ve had a wonderful life,” she told Bill, “and this is as much for you as it is for me.”