Gracie Gold has traveled all over the world as an American figure skater who earned a bronze medal in the team event at the 2014 Winter Olympics in Sochi, Russia and placed fourth in the ladies’ single skating competition. 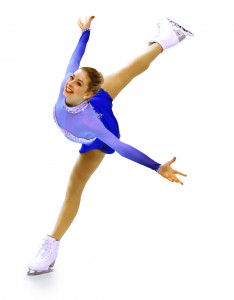 She has also earned numerous medals in the World and U.S. National figure skating championships, and is a favorite to represent the U.S. in the 2018 Winter Olympics. Raised in Springfield, Missouri, Gold returned to Missouri on June 13 to give the University of Missouri High School (also known as MU High School) commencement address. Gold began taking courses from MU High School in 2010, and is a recent graduate of the program.

“In addition to Gracie, we have had more than 1,100 graduates since 1999,” says Kristi Smalley, principal of MU High School. “This year, our graduates range in age from 15 to 43 and include tennis players, rodeo stars and dancers. Our graduates also include 63 international students representing 10 countries, and 95 graduates representing Missouri and 22 other states.”