The University of Missouri College of Education is proud to celebrate 150 years of investing in excellence in education, research, and outreach. We recognize the rich history of our College as the foundation on which we continue to improve and leave a legacy for the next 150 years.

Through the establishment of The Geyer Act, by the Missouri legislature, and thanks to the efforts and generous contributions of 900 Boone County citizens, the University is the first public higher education institution west of the Mississippi River. 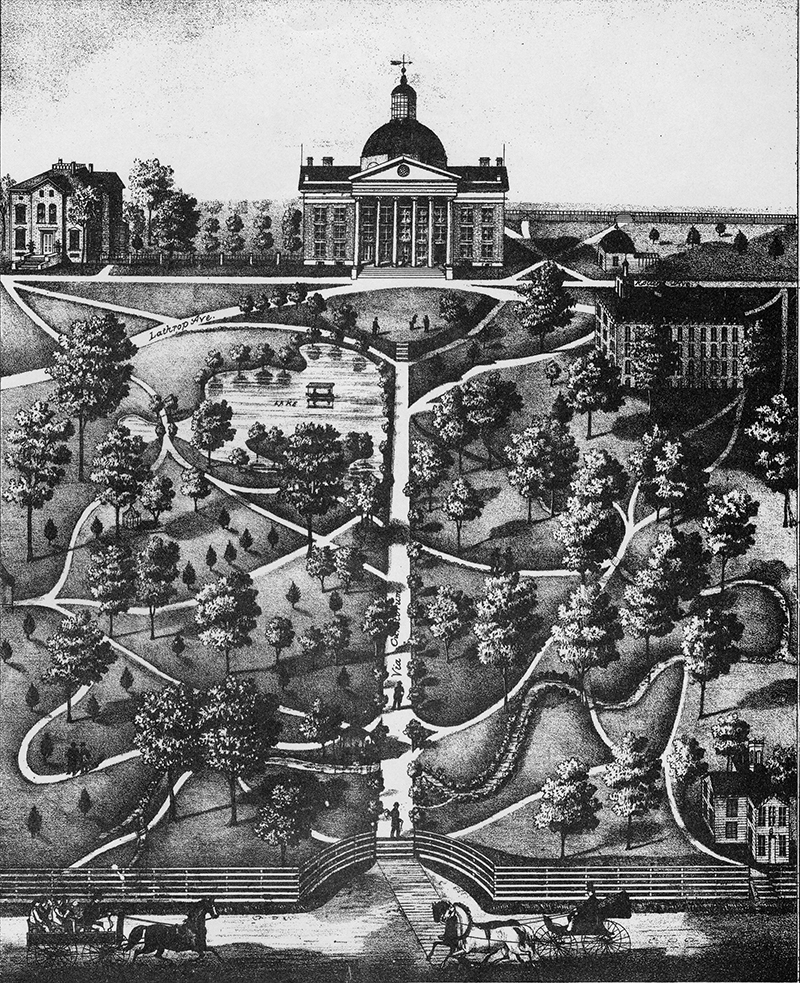 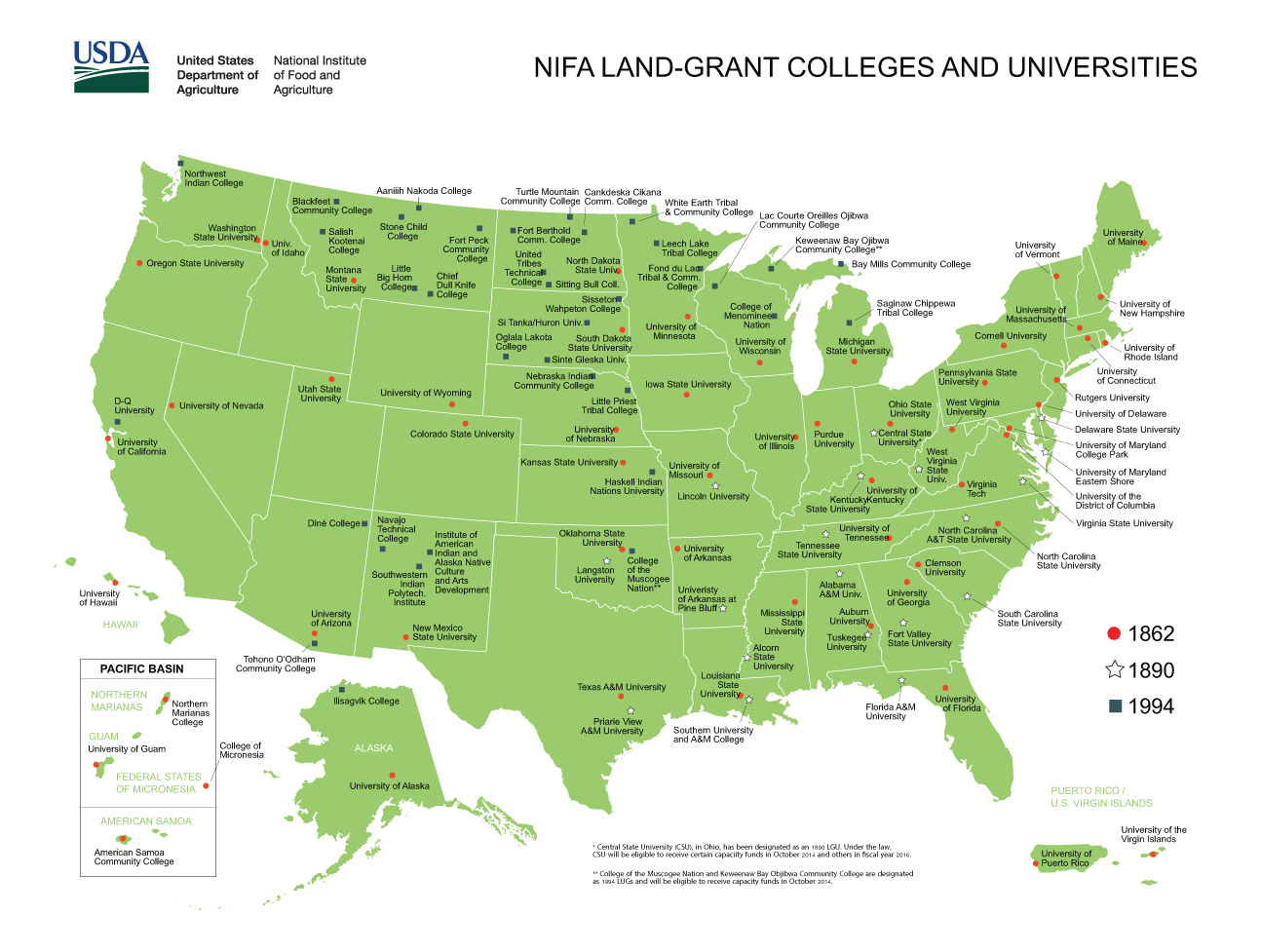 The University of Missouri was one of the first state universities to establish normal instruction for educating teachers at a collegiate level. It had 3 units:

Located on the present Missouri State Teachers Association site, it served as Columbia’s only high school with a total enrollment of 150 pupils and two rooms. It closed in 1870.

These Education students paved the way for admission to other units in 1872.

MU’s first female Dean appointed to the College of Normal Instruction (i.e., Education). Grace C. Bibb was a writer, educator, and feminist forerunner. She contributed to the advancement of education in America through her tireless efforts to establish and further the professional education of teachers.

President Richard Henry Jesse on his aspirations for Teachers College

University President Richard Henry Jesse on his aspirations for the Teachers College: “It is the purpose of the University to make this Teachers College better than any Department of Education now in existence in any American State University. This would not be a very difficult task. We do not expect to stop in our ambition here. We aim to make it as good a teachers college as can be found in the Union. This will involve an expenditure of much money and a thorough reorganization.”

The College of Education organized

as an independent, degree-granting division of the University.

“…The greatest single need of the teachers college today is a building in which to offer courses primarily for teachers, and in which the work of observation and practice may be carried on.”

MU joined the American Association of Universities and became Missouri’s Flagship Institution. Established in 1900 by fourteen American universities, three public and eleven private, the AAU sought to establish common standards for doctoral education. Regarded with disdain by European universities at the time, this was a means of asserting the quality of American graduate education. 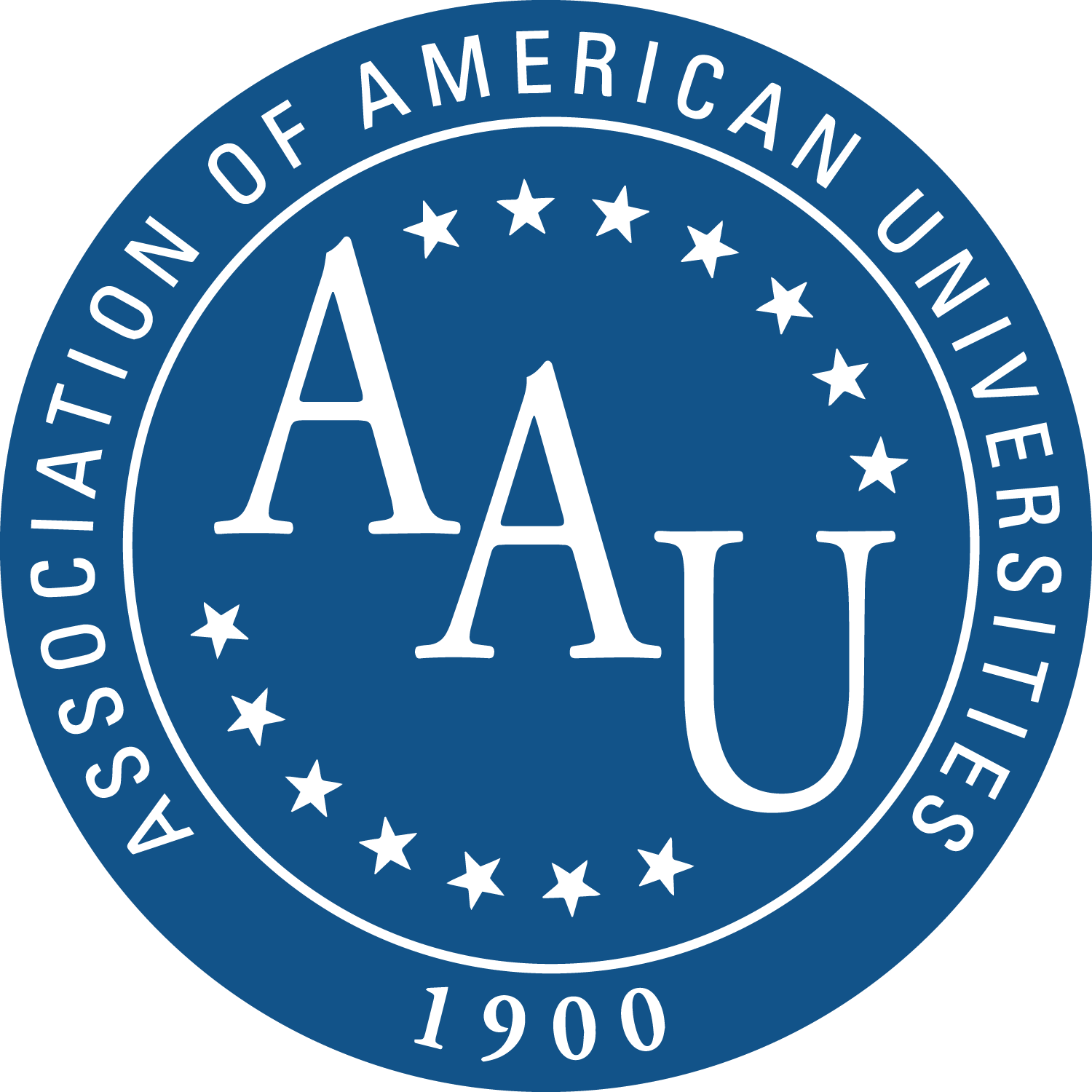 Mizzou pioneered K-12 distance education,through MU Extension, by providing correspondence classes to students in rural areas of the United States and beyond.

John and Evelyn Dewey, renowned psychologists, devoted an entire chapter in their book, Schools of Tomorrow, to the Elementary Lab School due to its reputation as one of the top ranking experimental progressive schools in the country.

First paper in the world to discuss using computers in libraries

First paper in the world to discuss using computers in libraries, published by Ralph H. Parker, Director of MU Libraries from 1947-1968. He was the inaugural Dean of the School of Library and Informational Science from 1966-1974, which is now part of the College of Education as the School of Information Science and Learning Technologies.

Statewide testing services founded for the purpose of providing assessments to high school students in Missouri. For several decades, the office functioned primarily as a University-based arm of the state’s Department of Elementary and Secondary Education (DESE), later becoming the Assessment Resource Center.

University Laboratory School, now known as Townsend Hall, constructed. The building was named in
honor of Dr. Loran G. Townsend, Dean of College of Education from 1945-1963.

A. Sterl Artley, founder of the International Reading Association and known for the famous Dick and
Jane series, joined MU’s faculty. More than a hundred million children learned to read from these books. 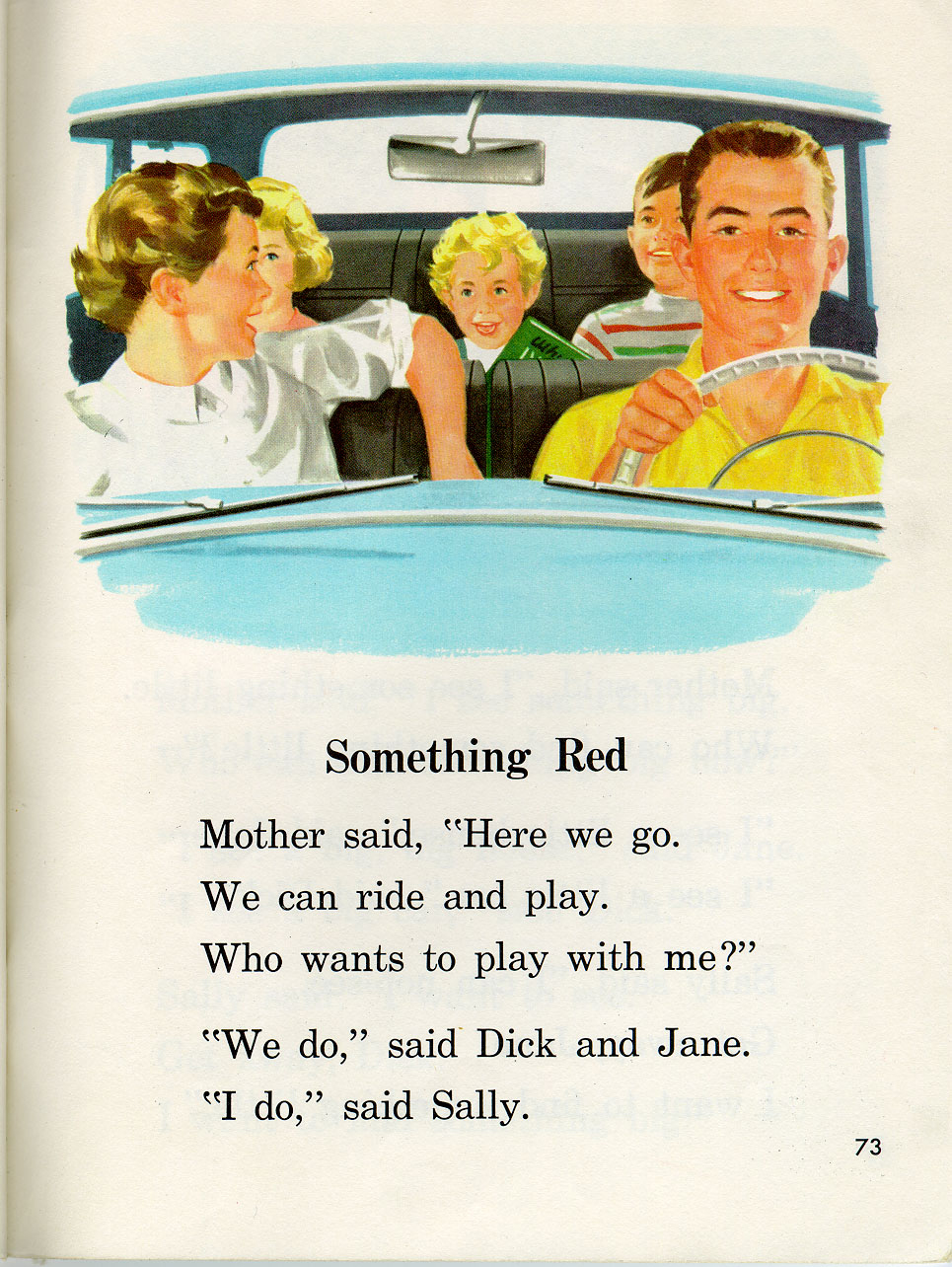 Lois Knowles (BS Ed 1931, MA 1931, PhD 1941) along with two colleagues changed the way math was taught when they published a textbook series called “Seeing Through Arithmetic,” which used a pedagogical technique that stressed the importance of understanding mathematical concepts.

The only organized study abroad program of its kind in the University, and coordinated with the University of Reading in England, the program was one of the few in the country devoted to the study of comparative education.

One of the first Special Education programs in the country created

under the leadership of Dean Bob Woods.

Due to budget and space limitations, the junior and senior high portions of the Lab School closed and practice teaching moved to the Columbia Public Schools setting. The west door of Townsend Hall marks what was once the entrance to this portion of the Lab School.

Following national trends among colleges and universities, regular public schools were more widely used as settings for teacher preparation. The east door of Townsend Hall marks what was once the entrance to this portion of the Lab School. 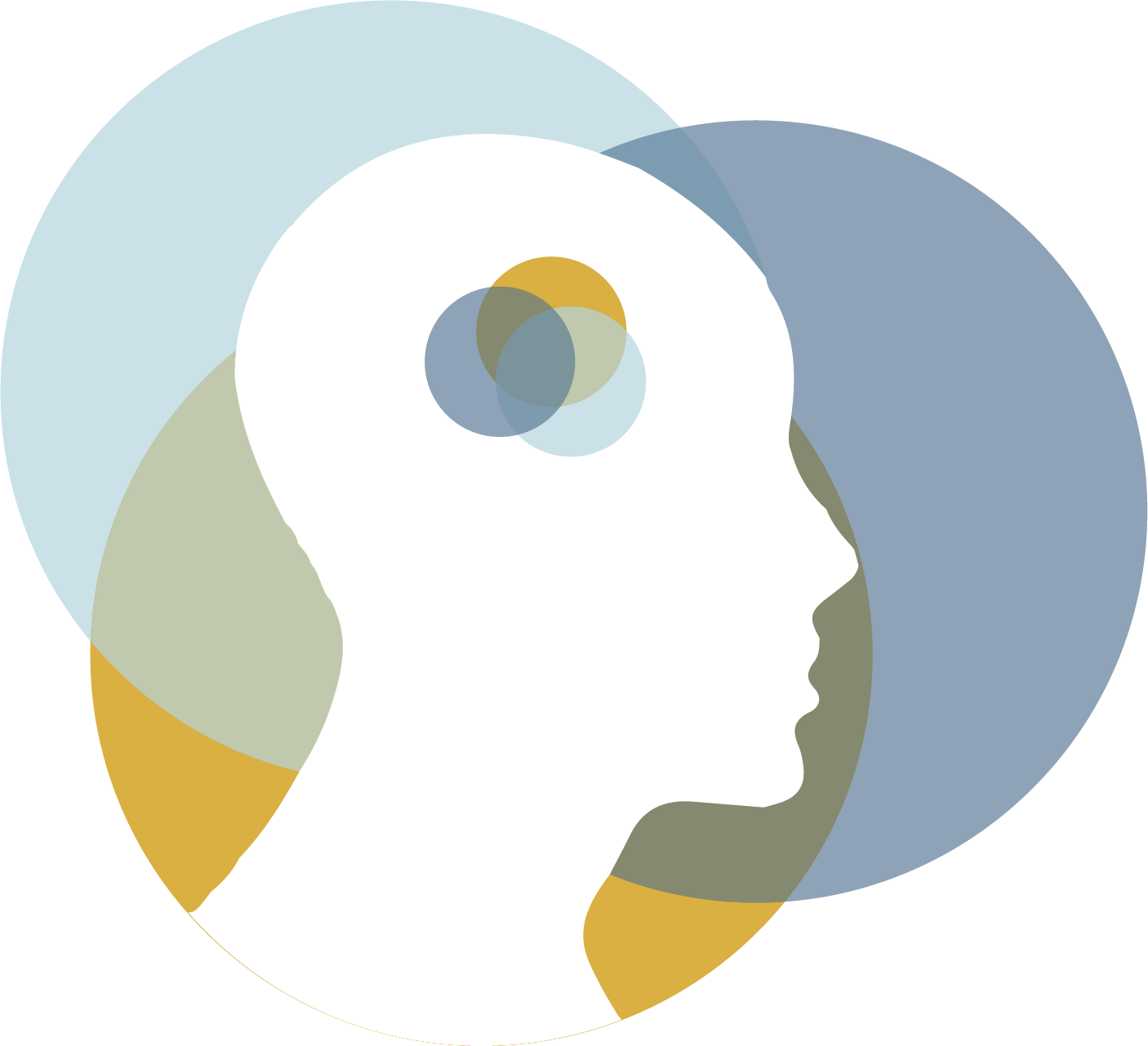 Established partnership with Ministry of Education in Thailand

Under the leadership of Dean Bob Woods, the College formed a long term relationship with Prince of Songkla University in Thailand.

Created by Dr. Jo Behymer, a four-time education alumna, the Education Ambassador Leadership Team represents and promotes the University of Missouri and the College of Education through coordinated recruitment and service activities.

Dr. Mary F. Lenox became the first African American woman to hold the position of Dean at MU, for the School of Library and Informational Science. This School is now part of the College of Education as the School of Information Science and Learning Technologies.

Adventure Club programming piloted at Grant Elementary School in Columbia, with the purpose of providing enrichment-based, before and after school care.

1,360 students have participated since the initial pilot, which included two Fellows. 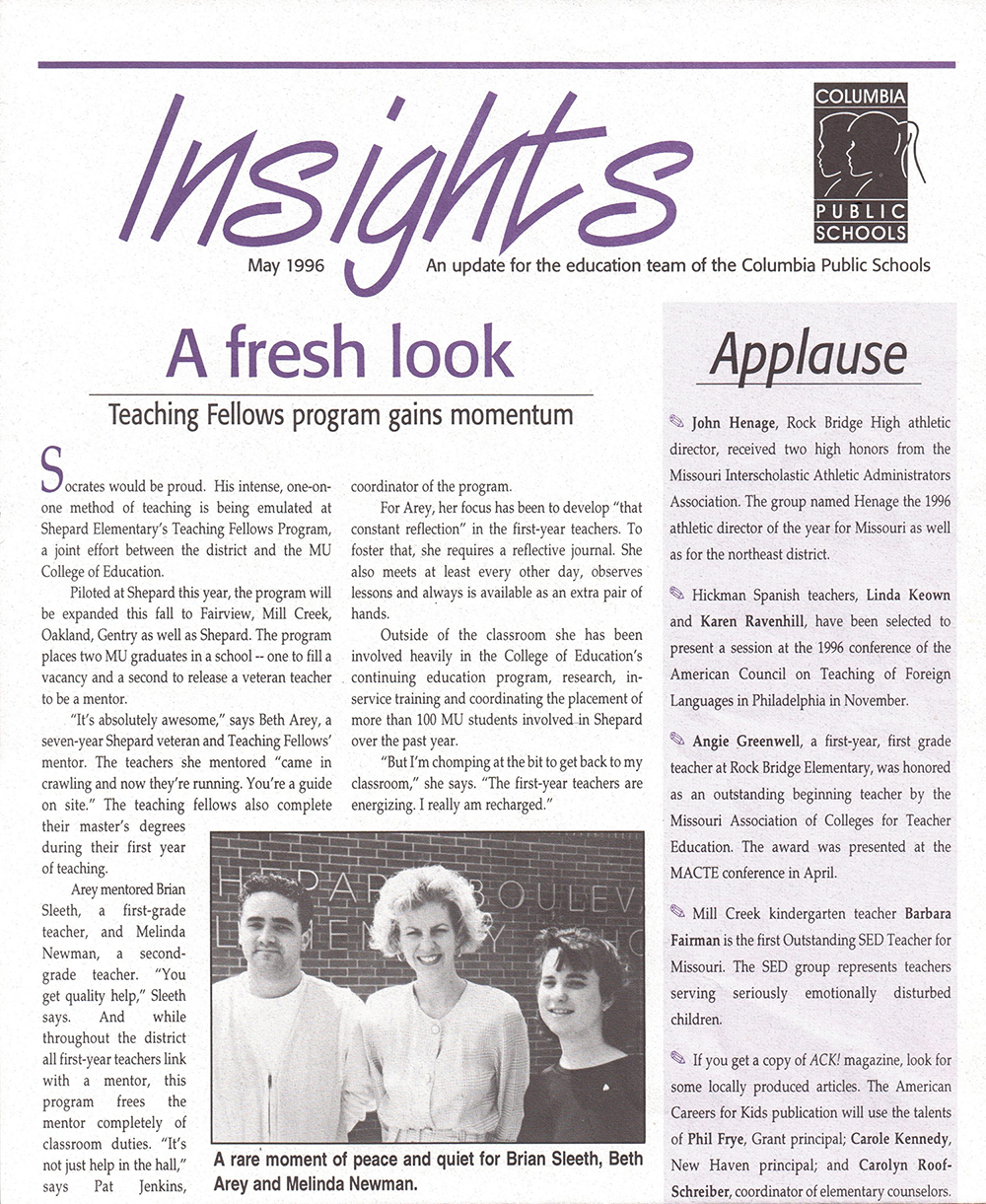 The School of Library and Informational Science merged with the College of Education and became the School of Information Science and Learning Technologies (SISLT).

Adventure Club moved from MU Extension to the College of Education

Under the leadership of Dean Richard Andrews, the designs for the Townsend Hall renovations were made with flexible learning environments and team-teaching in mind.

Counseling Psychology moves to the College of Education

Through MU Extension, the High School began offering an accredited diploma-granting program, in addition to the stand-alone independent study courses and distance courses which have been offered by MU since 1913.

This multi-level computer lab, library, training facility, and gathering space for students, faculty, and staff is located inside Townsend Hall.

The Joanne H. Hook Dean’s Chair in Educational Renewal and the Hook Center for Educational Leadership and District Renewal were established through a gift from Harold and Joanne Hook. Joanne graduated with a degree in elementary education in 1955; Harold earned his bachelor’s degree in business administration in 1953 and a master’s degree in accounting one year later.

MPC brings community members and College of Education researchers together to help schools and families, applying techniques that promote social and academic success. 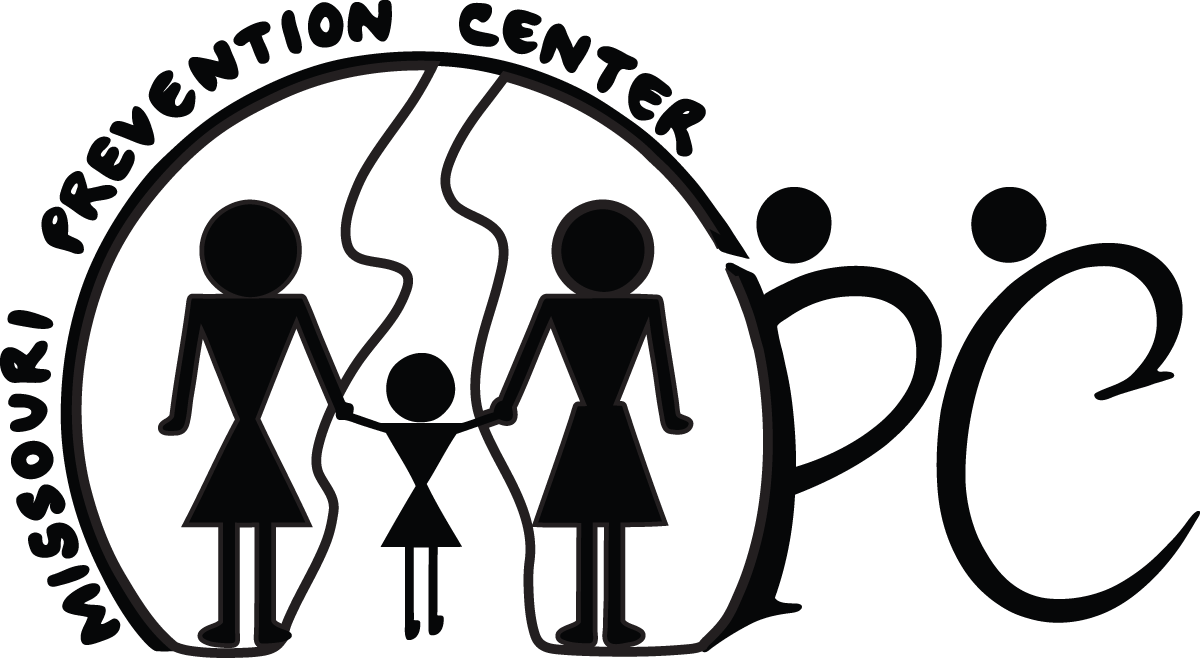 The MU Office of Charter School Operations strives to improve the quality and performance of Missouri charter schools by collaborating with stakeholders to achieve exceptional educational outcomes for all students.

The first faculty endowed chair in the College was established through a generous gift from Richard Miller. In 2016, Susan Empson, Professor in the Department of Learning, Teaching, and Curriculum, was chosen as the Richard G. Miller Chair in Mathematics Education.

ParentLink moved from MU Extension to the College of Education

Originally established in 1989, ParentLink offers parenting information and support to all Missourians and serves families and professionals across the state.

As the University’s accredited pre-collegiate online and blended learning program, Mizzou K-12 is a global learning community with 8,500+ students from 135 countries and all 50 U.S. states.

The Dorsey Leadership Academy provides leadership opportunities and other programming for future teachers from underrepresented groups or those who are the first in their families to earn a bachelor’s degree.

eMINTS National Center moved to the College of Education

Originally part of the University of Missouri System, eMINTS is an educational program designed to equip educators with a focus on technology in the classroom, standards-based instruction and research-based teaching practices.

The Bridge opened in Townsend Hall

The Bridge is a conversation space for students, faculty, and professional staff to develop and expand their cultural knowledge, awareness, and competencies. It is available for classes, meetings, presentations, or interactive discussions regarding a wide range of diversity and inclusion topics.

Nureva Inc. Collaboration Room established, building on a long history of technological innovations. The Nureva room in 102 Townsend features the Nureva Span system, a 20-foot digital canvas that allows up to 22 people to work simultaneously, encouraging collaboration and facilitating long-term projects. The room is available for faculty, staff, and student use.

“Imagine how many people made investments of time, intellect, and resources to transform our college through times of prosperity, scarcity, peace and war during the past 150 years. Through it all, education facilitated knowledge, opportunity, access, and transformation. The College of Education is proud to extend this legacy of innovation and impact at MU and beyond for the next 150 years.” 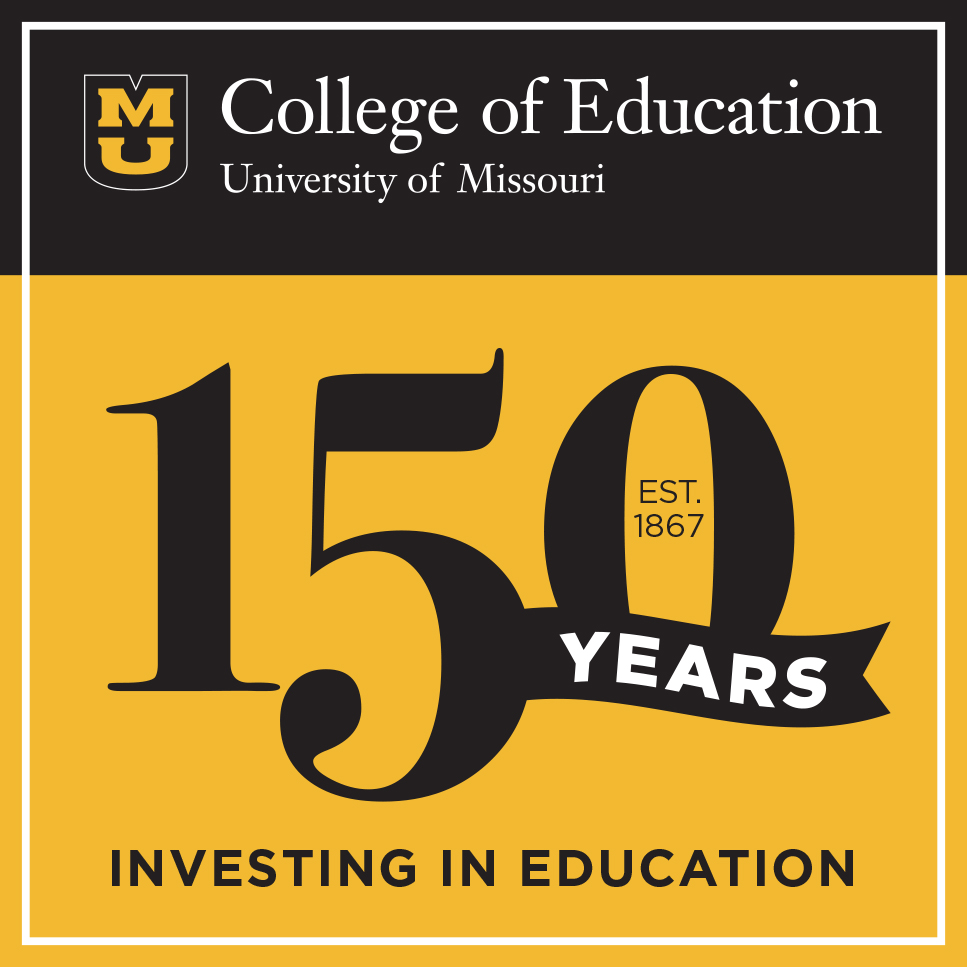 College of Education Alumni pursue a number of careers in a multitude of industries. We encourage our alumni to share stories, both big and small, of their memories and accomplishments. Whether it’s a favorite class memory or photo, your career path or a story about an influential faculty member, we’d love to hear from you!

Please fill out this form to let us know how your time at the College of Education shaped your life.